The wild summer is gone but the memory of it will remain for a long time, most probably until the next one. It will be sustained by the proposals in restaurant Aubergine.

Many passionate travelers regretted that they weren’t able to attend the exciting event which took place in July 2018. It was the moment when the summer editions of Nevel Artisanal Ales as well as their cooperation with White Stork Brewery were presented. This was also the first of it’s kind paring of food and Wild ales in Bulgaria. We discussed the topic with the brewers Karel Röell from White Stork Brewery and Matthias Terpstra from Nevel Artisanal Ales, as well as Ivo Chalukov – one of the people behind Aubergine partly responsible for the popularizing of these beverages in Bulgaria.

Ivo, Aubergine is a temple of the craft beer in Sofia and pairing it with delicious author cuisine is the mission of the team. As one of the people with rich insights about the craft beer market in Bulgaria, which in your opinion are the three main trends for the past year?

“In the last 12 months the number of the local brewmakers offering a quality product definitely increased. In addition to the already well-known White Stork, Ah!. Ailyak, we’re seeing more and more from BeerBastards, Metalhead, Brothers Brew Team as well as the makers of Bulgarian craft mead – Meadly. For us as a restaurant which creates dishes complementing the craft beers, it’s of great importance to offer quality products which are also consistent as we Aubergine – Craft beer. Craft food. stand with our name behind each name which is part of our selection.

Another trend is that almost all new artisan beers offered by the Bulgarian brewers are of exceptionally high level and can easily compete with famous global brands. Having said this I think that the massive (unreasonable, in my opinion) import of all types of labels has quite a negative impact. I see two main negative things – saturation of the market with products that still haven’t proven their qualities and suffocation of local craft beers which are of higher quality in comparison to 80% of the import.

More and more restaurant find place for craft beers in their menus which is another positive trend to be noticed. Hopefully this is not happening just because craft beers are hip and trendy right now. Craft beers is simply created to accompany food. Their intensive flavors and aromas are hard to be consumed “naked” and in most cases are too aggressive and need something to „soften” them. On the other hand they complement perfectly the taste of a dish while sometimes they even take part in the recipe.”

What else is missing on the Bulgarian market?

“Experience and courage. From the side of restaurateurs as well as brewers. We’re still a young market but still we’re developing at a good pace. Except maybe of the import…

And sometimes there is a lack of dialog and a common vision in short and mid terms. But this is related to the experience…or maybe the experiences. Because we also didn’t have experience but dared to try and together with Karel from White Stork found the first restaurant in Bulgaria which pairs craft beers and food, offers craft beers only and we will continue to do it in the future. This is something that is being appreciated and respected by the local audience and also by the foreign guests of the restaurant. The good thing is that we have many local craft beers of great quality and as the foundations are stable, the gap of missing types and styles will be filled by these talented brewmakers.”

Besides this until recently it was hard to find also Wild ales – one of missing style. This changed in July 2018.

The fermentation is a popular process in Bulgaria used in the production of sauerkraut, yogurt, sourdough bread, homemade vinegar, rakia, beer and of course beer.

What are the main types of Wild ales?

Karel: „I believe in the simplified way of looking at Wild ales as the opposite of ‘clean’ beers that were developed after the isolation of Saccharomyces Pastorianus in the 19th Century which allowed for the industrialization of beer – namely lager at the time. Wild ales are more artisanal, need more time and effort to make.“

Mattias: „Wild ales is not really a type of beer, but rather a way of making the beer. The defining character of a Wild ale is that it is made with a mixed culture of wild yeast and bacteria. A wild yeast or bacteria is an organism that grows in the wild or in nature, instead of being cultured by people in labs.

Now, many ‘normal’ beer styles can also be made as a Wild ale. For example a Saison is perfect for this. Many breweries use normal industrial saison yeast for their Saison, but we use our Wild yeast culture, making it a Wild Saison, if you will. Some beers are harder to make a Wild version of, but in principle you could make a wild version of any beer as long as the yeast is wild.

At Nevel Artisan Ales we make many different varieties, but the most important styles we categorize in are: Saison, Grisette, Golden Sour Ale, Dark Sour Ale, Biere de Garde. We make these with the typical beer ingredients but also use many special and local ingredients like fruits and herbs. For instance, we made a Golden Sour Ale aged in wooden barrels for 10 months which than was macerated on rhubarb and the leaves of blackcurrants, to create an almost white wine like beer!“

Karel: “To experience a very good Wild ale is an intellectual feat, and given the complexity of producing a Wild ale as opposed to a ‘clean’ beer, expresses itself in your glass.“ 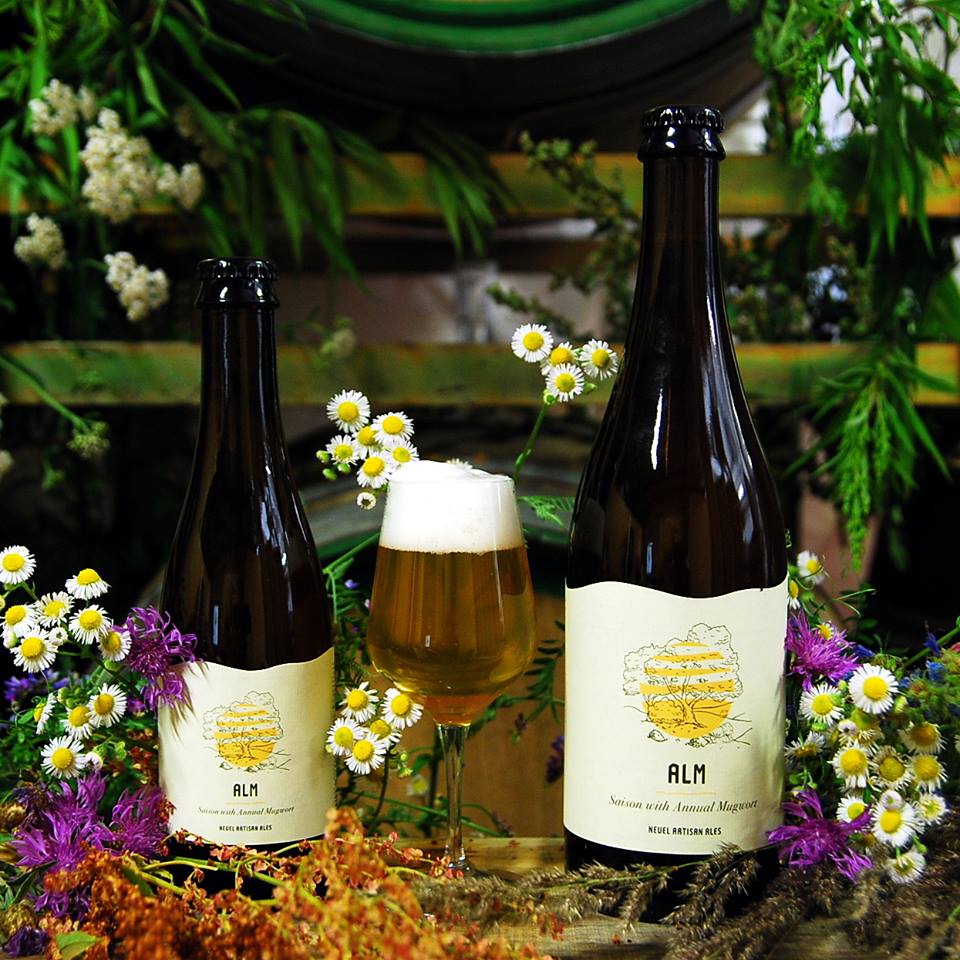 Which are the distinguishing characteristics of this type of craft beers? Is there a way to say if we’re having a Wild ale without even looking at the label?

Mattias: „So as any style of beer could be made into a wild beer many things are similar, but a few things are different. The most important part is the aroma. Wild yeast makes very different flavors, especially if you age the beer for a longer period of time. Wild yeast has the capability of making the beer much drier, because it can ferment much more than the “normal” lab yeasts. This means that Wild ales are always less sweet then regular craft beers. This allows for much more subtle aromas and flavors to become apparent. Bitterness and sourness are more pronounced and aromas are more noticeable. Also as the beer ages, very often aromas that remind you of a farmhouse can appear. Fragrances like hay, leather, barnyard and other so called ‘funky’ scents.

A good point to make, which is very often misunderstood, is that not all Wild ales are sour. Some are, but some are not. For instance, a Grisette – an old Belgian style of beer, if fermented with a mixed culture, due to the lower fermentation temperature and higher hopping rate, it would not become sour. Our “Weide” is a very good example of this style of Wilde ale. But if you have a lower hopped beer or aged in barrels for a long time, you will get a typical sour character in the beer. Our barrel aged Saison called “Rust” shows this sour character very well. So if the beer is sour or not really depend on the process.“

Karel: „Wild beer could go from extremely subtle and with great finesse like Nevel’s summer releases to funky, barnyard sour fests… It is all in the eye of the brewmaster and they are far from boring! Some say it is an acquired taste with others just loving the complex structure of the beers. It depends how the consumer responds to the sourness of the product.“ 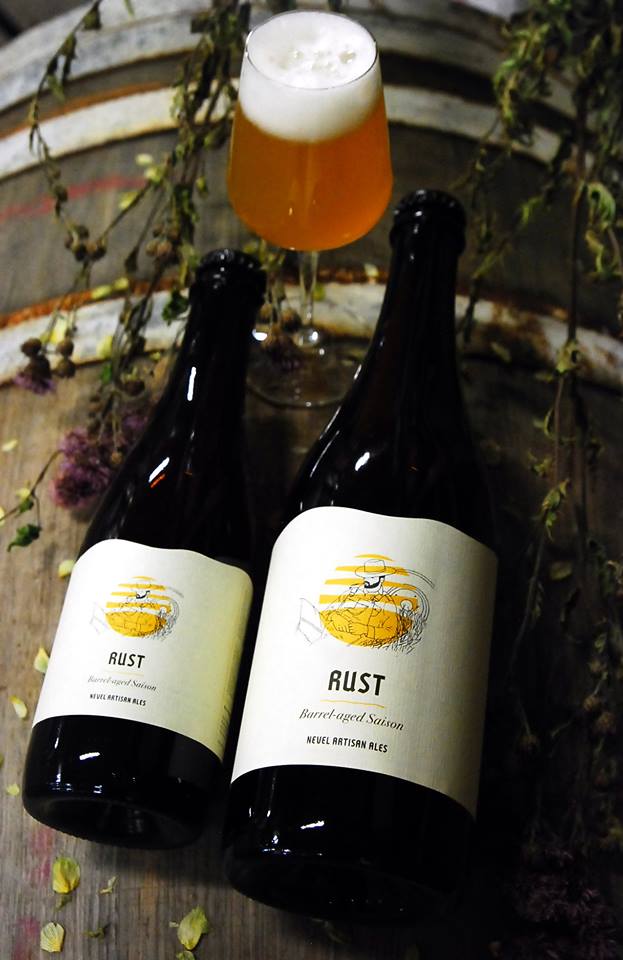 Why do they go so well with food and what dishes are accompany them best?

Mattias: „I think Wild ales go perfect together with food. Wild ales are always dry, which cleans the palette and makes you ready for another bite. Also Wild ales tend to have more subtle complexities. Many modern craft beers are very extreme. Lots of hops or very high in alcohol with lots of crazy extra ingredients. This is hard to pair, because it overrules the dish too fast. The subtlety of many Wild ales gives room for a perfect match, supplementing the delicate flavors of vegetables or herbs in the dish, while still being interesting enough to create a symbioses with the dish.

In general you can pair more sour Wild ales with fattier and heavier dishes. During the event, the collab we made with White Stork called “Borderless” was paired with duck magret with a chutney made with pineapple, mango, saffron and the same types of chilies that are in the beer. While the more bitter ones are good to pair with fresher dishes with lots of vegetables. Our house Saison “Alm” for instance works very well with green vegetables, but also with mushrooms. The ‘inbetween’ Wild ales that have both a little bit of bitterness and sourness can be consumed with a very wide array of dishes. Also they can work well with desserts, or as a nice aperitif.“

Karel: „‘Clean’ beers do not always require food, when not too hoppy having a quick beer is easy without food. I tend to like my very expressive beers paired with food especially hoppy IPAs or heavy stouts. Wild ales like with wine require food, due to its complexity and compliment it perfectly. There are five characteristics you should look at when pairing food with wild ales: Body, Sweetness, Acidity, Tannins and Alcohol.

When tasting these beers you can feel the body in your palate – from light to heavy depending on the malts used and the way it was made. The lighter the body the lighter the food pairing, same with the other characteristics. With more pretty, acid Wild ales you may also pair it with heavier foods, tannins you may get from barrel aged beers or ones used with fruit, flowers or leaves whereas the alcohol explained simply comes from the amount of malt used in the brew.“ 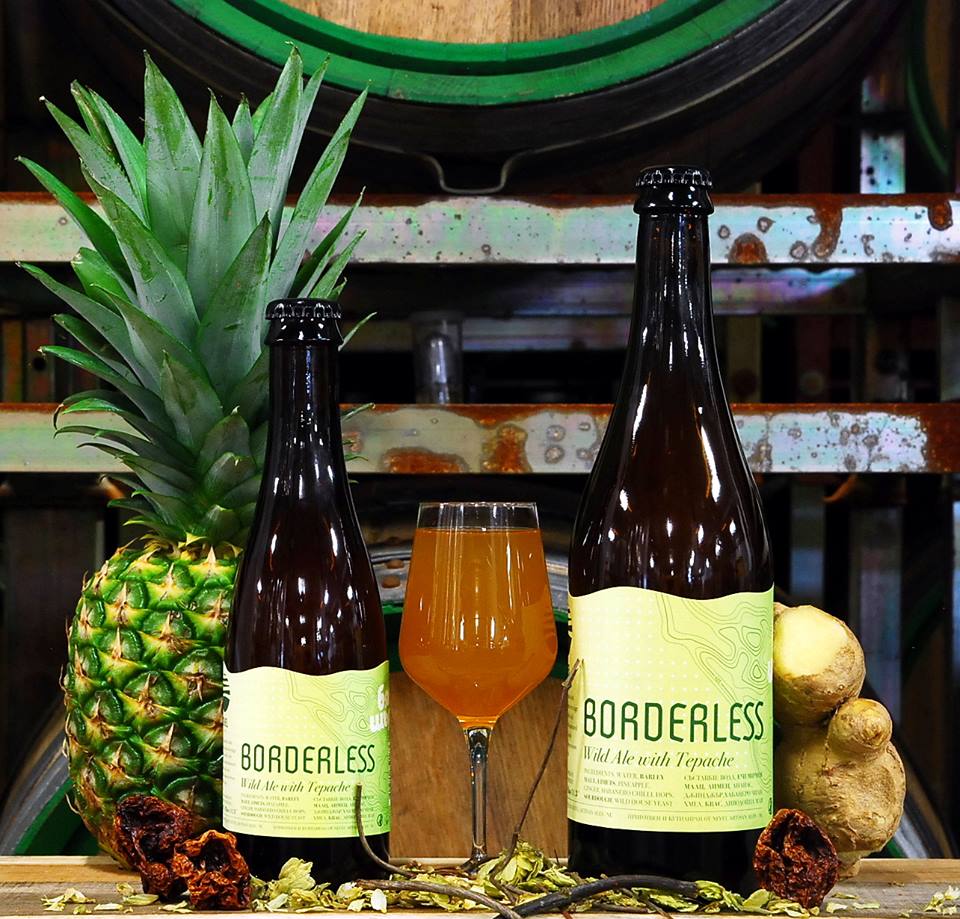 What does a Wild ale mean to you?

Karel: „An alternative to wine in low alcohol form!“ 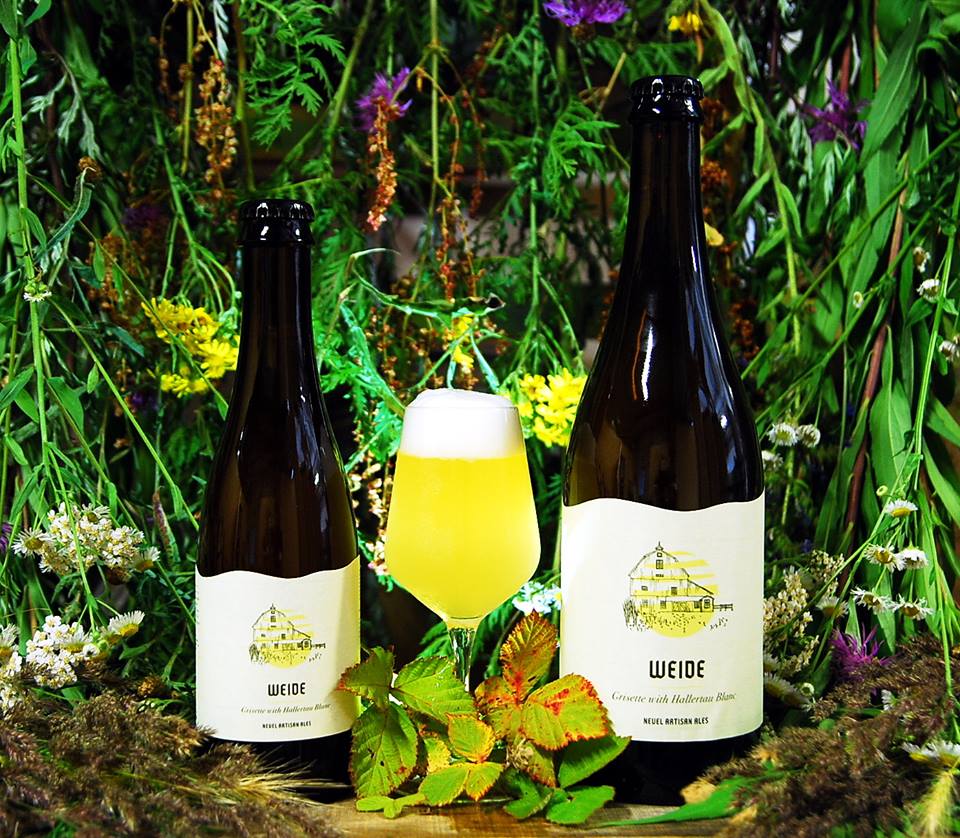 What would you advise us, what is the best thing to do when having a Wild ale in order to fully enjoy the experience?

Mattias: „I really think Wild ales are best had in big bottle (75cl), sharing with friends with lots of amazing freshly made food on the table.“

If we managed to provoke your interest, you can try the new additions crafted by the brewmasters who shared this interesting information with us in restaurant Aubergine.

7 in the City of the 7 Hills: The Festivals in Plovdiv in September 2018